I probably shouldn’t be writing this in advance of tomorrow’s Apple announcement; lots of rumors continue to swirl, describing the expected features of this device and the path out of the labyrinth it might provide for newspapers and the publishing industry.

But I’m nothing if not foolishly bold, so here it is: part one of a multi-part analysis of the changing media landscape. I’m not a professional writer (much, anymore), and I don’t know anything beyond what I can see. And what I see today is a landscape still being altered by “new media,” and the financial physics of the Internet.

This post will describe what I think are the crucial trends in the mediasphere; its followup will trace some possible paths into the future.

Trend 1: The rise of “Good Enough”

But the full story extends to the rest of the media-entertainment complex as well. When I watch YouTube video, the quality isn’t great, but it’s good enough. MP3 doesn’t sound as good as CD, but when I’m listening over the rumble of the bus and countless cell phone talkers, who can tell? I keep hearing that Blu-Ray doesn’t look better enough to justify the media compared to downloads barely comparable to DVDs. (It does to me, but if you listen to Robin Harris I’m an exception.)

It’s not just delivery, it’s also content: I’m starting to think that the New York Times is overkill and all I want are AP newswire headlines delivered to me by anyone who can support them with advertising. Maybe Engadget’s liveblogging of the Apple Tablet announcement is worth logging onto — or maybe someone else’s tweeting about it meets my needs. Perhaps I sip where before I had no option to do so, and I’ll choose to sip where the people are friendliest (more on that later) and the cost is lowest (more on that later too).

Worse, maybe even if the Times is free I’m not interested. As Michael Kinsley noted in The Atlantic, newspaper articles aren’t very good: they’re long, they assume you haven’t been paying attention but are suddenly deeply interested, they are full of meaningless and self-serving boilerplate, animated by false drama… I have to say, I like to keep informed, but for many of Kinsley’s reasons I’m spending less and less time with newspapers.

As such, I’m not all that exercised about the recent announcement that The New York Times will erect a new paywall. This will only accelerate my sloughing off of the newspaper I’ve at least glanced at daily for more than two decades; I certainly don’t intend to pay them. I get very modest returns on the time I spend reading what they provide, and if my attention to their advertising isn’t sufficient, too bad.

People are abandoning the so-called mainstream media for a variety of reasons, but I think it boils down to a failure of media to emotionally gratify its consumers: Kinsley’s article could be read as a call for more opinion in journalism — a niche that blogs fill and that the so-called “serious” journalism world abandoned sometime around the death of William Randolph Hearst.

They didn’t just abandon neutrality, they abandoned community. This is the niche that right-wing talk radio fills quite nicely, for its listeners. And there are enough people discussing whether it’s good or bad, whether we’ll ever reach another moment of cultural consensus, that I don’t need to pile on this point.

What I would like to point out is that “us” is only viable when there’s “them” — there’s no “opinion reporting” comprehensible without a sense of “objective reporting” to rail against. As the mainstream media, and “straight” reporting are swallowed by the Internet, the “new media” will turn upon itself with a frenzied hunger. In the meantime, we’ll prefer to consume what our friends do.

Sure, iTunes and the iPhone app store have made Apple a mint in little bite-sized payments. But that’s not where the micropayment story is.

The real micropayments are aggregated advertising dollars paid by, e.g., YouTube to EMI. Or the pennies that go from somewhere to somewhere else when I evade the New Yorker’s paywall by going to my library’s Web site and accessing the same article via a database that the Seattle Public Library subscribes to and makes available to its patrons. (I do miss the cartoons, though.)

I presume that the library is paying the database company, and the database company is paying Conde Nast. In this case, I’m paying my micropayments through taxes (or private subscription fees), where in the OK Go case above I’d be paying through advertising. But the key is that I’m the consumer, and I don’t need to know who’s paying whom, or how much.

Trend 4: The end of artificial scarcity

This is the big one: Napster and The Pirate Bay and Don’t Copy That Floppy — all of the industry’s boogeymen rolled into one.

For more than a week now I’ve been mulling over Jaron Lanier’s assertion in the New York Times that the Internet’s rampant music and video piracy, free culture, and even open source are bad not because “you stole from a specific person but that you undermined the artificial scarcities that allow the economy to function.”

Mr. Lanier could have made the same statement if he was arguing for the abolition or restriction of labor-saving devices including dishwashers, laundry washers and dryers, even automobiles: home labor-saving devices seriously undermined middle-class families’ perceived need for domestic labor, and eventually upturned the list of career opportunities available to minimally educated poor young women. In other words, technological change transformed a natural scarcity of energy to perform physical labor at home into an artificial scarcity when such labor became cheaply available, on the installment plan. I imagine that the automobile had a similar impact on door-to-door salesmen, and for similar reasons.

I doubt that in those cases Lanier would argue against preserving the “old order” at all costs — such an effort would eventually fail, anyway. I just don’t believe that artificial scarcities can be maintained indefinitely: doing so requires individuals to give up short term and long term economic interests in the service of an abstract value and the financial benefit of others. Should I spend sixteen dollars on a CD, to the tune of hundreds or thousands of dollars a year, for the benefit of a record company if I can get the same content for free? Even though I believe in the abstract notion of benefiting artists, I know that record companies are ripping off artists left and right. And even if I side with the artists and the record labels against my own best interests, I’ll be part of a declining minority. The model just isn’t sustainable when the scarcity is backed only by moral compunctions of varying legitimacy: the marginal cost of a download is very close to zero. The marginal social cost is high, if by “social cost” we mean “preserving the existing order of things” — but we can’t compare the known social order and its unknown successor, so the real social cost is unknowable at best.

Recently, my friend Peter Wayner wrote eloquently about the problems with free. Mostly I agree with Peter’s complaints: excessive advertising; the uselessness of most crowdsourcing and the consequent unreliability of Yelp and so many other crowdsourced sites; spam; walled gardens; and so on. I’d encourage you to go and read all that he has to say on the subject. But I can’t help shaking my head when I reach his conclusion:

The Internet community needs to move beyond the metaphors from the utopian dreamers and adopt the ideals embraced by the contemporary ecological realists. It’s time to stop using words like “free” and “volunteer” to describe all collaboration on the web and start tossing around words like “sustainability.”

The world at large has to stop expecting that all information should be free, all wisdom should be created by crowds of volunteers, and all data must be held in some grand commons. While information sharing online is dramatically cheaper than working with physical goods, gathering and even curating the information is just as labor intensive as any physical task. While it’s good to celebrate the wonderful things that emerge from the commons, we shouldn’t be surprised that it’s starting to look like any other commons in the world. The challenge is to save the information ecosystem from complete collapse.

A brief disclaimer: It’s probably to be expected that I have problems with this paragraph. After all, I believe that Peter still makes a significant portion of his income from content production. I gave that up six years ago, when I saw which way the winds were blowing. Which means that, as a blogger and writer I’m a hobbyist. Would I like to write full time? I suppose, if I could make a good living writing about things I’m interested in, I would. I believe that I’d be a better writer if I wrote full time, and especially my fiction would be improved if I had more time and energy to spend on writing. But it’s just a hobby.

Perhaps this difference in perspective explains the “end of the world as we know it” overtones of Peter’s phrasing. I don’t hold with his apocalyptic notion of massive ecological collapse in mediaspace.

I’m not worried about music and visual arts: talented amateurs here are pretty amazing, and often the product is no less emotionally satisfying than the “professional” version. (Heck, in pure technical terms your average home PC has more potential as a recording studio than did Abbey Road or Electric Ladyland. Professional directors are shooting on digital video, and any citizen-unit can set up a Web site visually equal to any mainstream media site. This is a fifth, hidden trend: the convergence of amateur and professional toolsets.)

Should I be upset that people can no longer make a living doing this? I’m a little bothered: Peter’s correct that only rich people can afford hobbies like this (for definitions of ‘rich’ that have pretty wide latitude), and that might narrow the perspectives offered somewhat. But I’ve known plenty of people who go out and play in bars on Friday nights, and some of those shows have been amazing. Maybe I want to make a counter-claim here, that every $200 ticket to see the Rolling Stones results in a much larger number of foregone bar-band outings at a much lower per-unit cost, and that this fantastic concentration of wealth is stifling better art.

What am I worried about? Novels, because of the time and energy it takes to shepherd these from conception through completion? But most novelists have day jobs because writing fiction rarely pays. This was no different in the nineteenth century, either: novelists like Anthony Trollope worked for a living doing something else, something often entirely different than writing. (And I think it’s safe to say that writers writing about writers can often make for exceedingly dull fiction.)

Pragmatic enterprises may be funded by people who need the data; idealistic enterprises may get grants from other idealists. It’s true that the pool of paid positions continues to shrink rapidly, and if you’re a tadpole in a puddle it sure does look like an apocalypse when the sun comes out.

But what do I think will happen? (Really, has anyone read this far? Comment if you have!) Stay tuned for part 2 to find out… 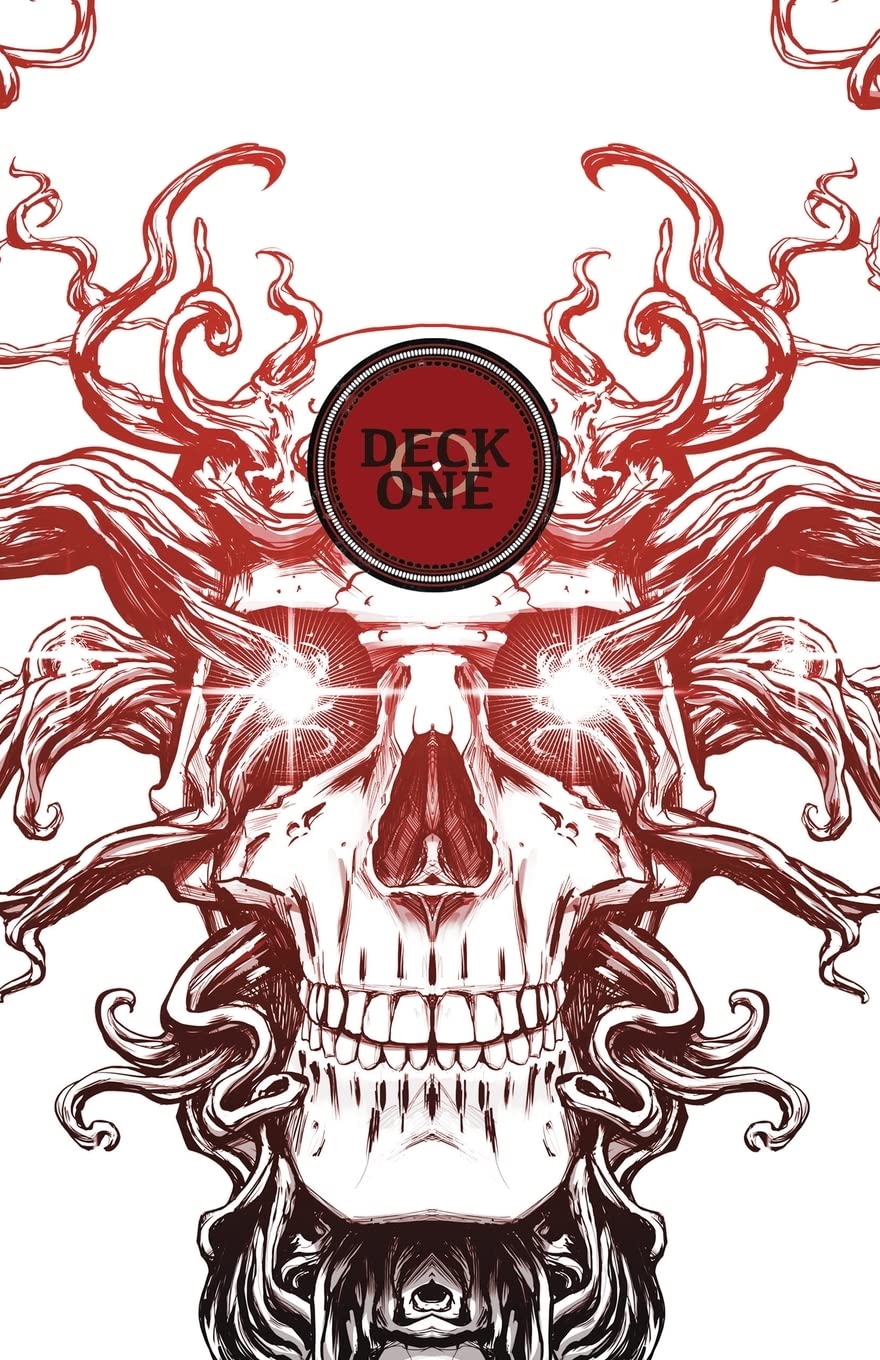 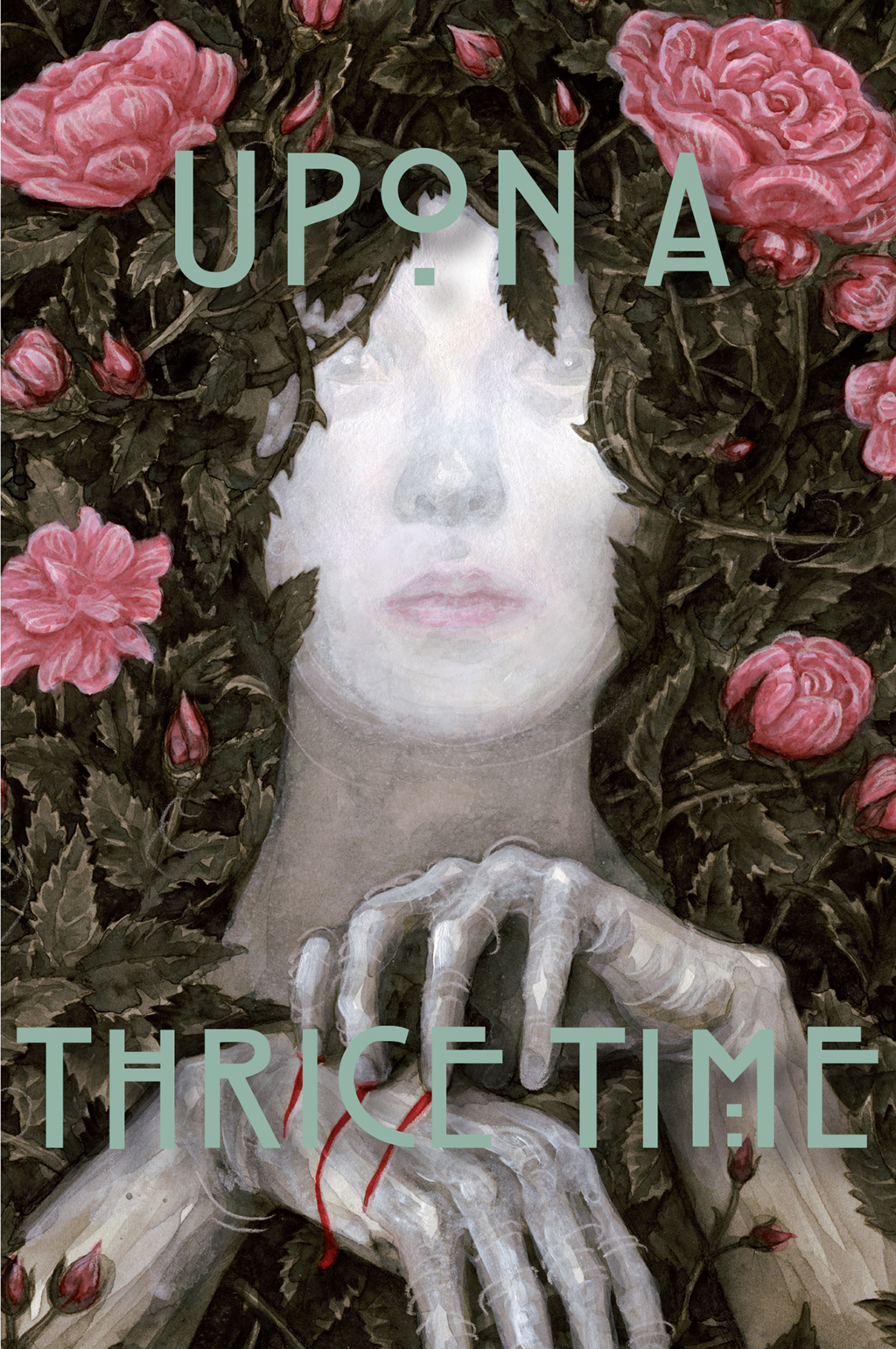 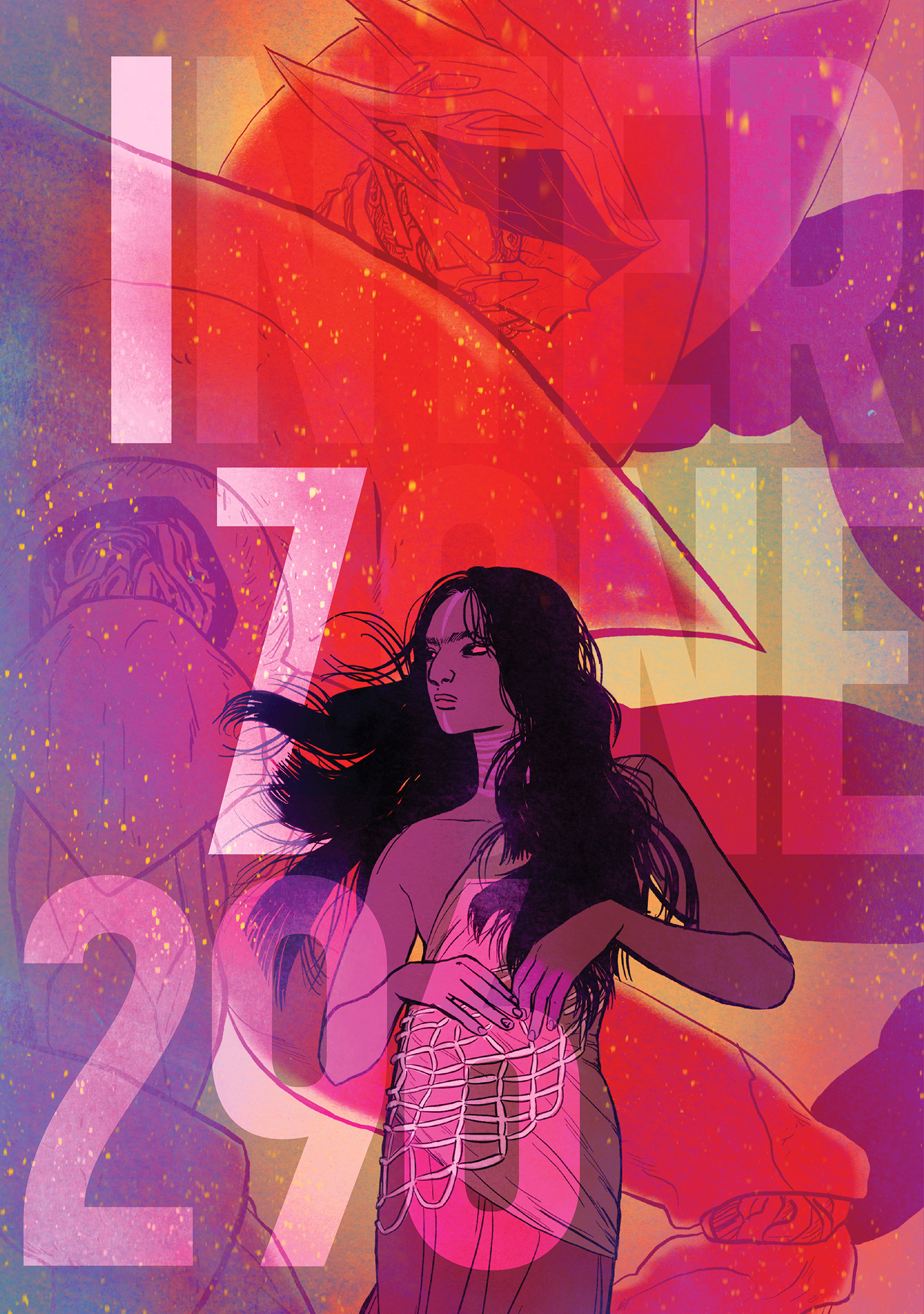